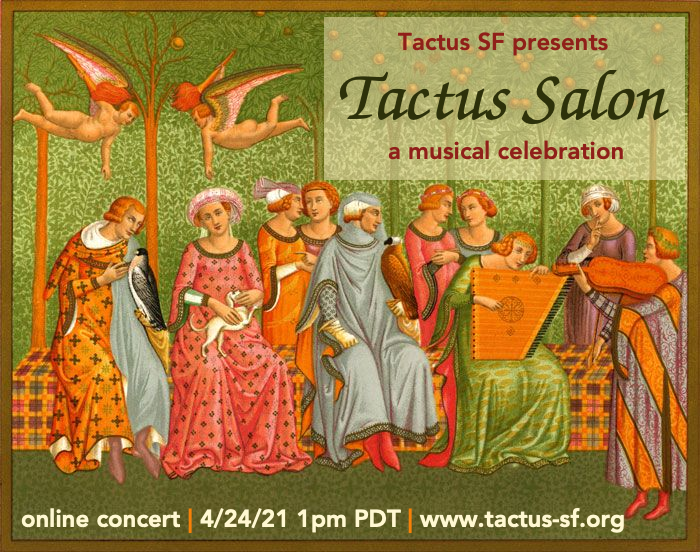 Tactus SF celebrated its fifth anniversary with our second online concert this year. Choir members showcased videos that they have put together over the past three months, as individuals or in small groups, in an immersive Zoom webinar. These videos were never-before-seen, even by other choir members! Founding Director Emeritus Tanmoy Laskar and Susan Swerdlow directed three larger-group projects live over Jamulus.
Concert Program [PDF]

Get free tickets and livestreams to our concerts with just $5/month for as long as you're a supporter!

Tactus is an Affiliate Member of the San Francisco Early Music Society.