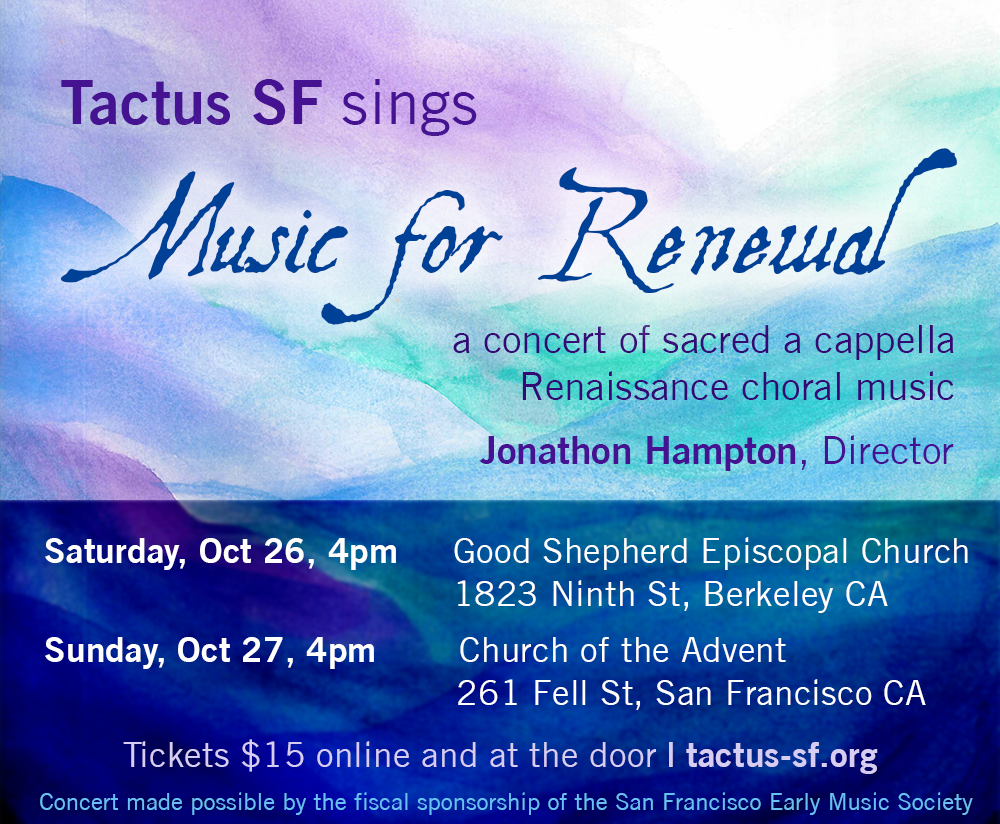 Jonathon Hampton directs the 16-voice, early music chorus, Tactus SF, as it begins its fourth season and its first with Hampton conducting. Music of d’India, Victoria, and Hassler represent renewal as depicted at the start of high masses. More sacred text, enlivening aspects of the Christian faith, as so much 16th Century music does, is brought to our ears through polyphony by Porta and Morales. Additional biblical allegory, particularly of the ascension, is brought to life through compositions by Praetorius, Isaac, Handl-Gallus, and Tye, spanning the major European countries contributing to the canon of Renaissance masterpieces.

Get free tickets and livestreams to our concerts with just $5/month for as long as you're a supporter!

Tactus is an Affiliate Member of the San Francisco Early Music Society.